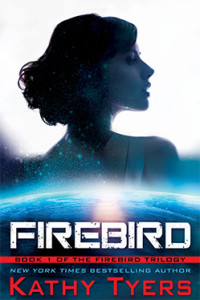 These three books have the same protagonist, Lady Firebird, originally fifth in line to the throne of the rich planet Netaia, doomed to die for that very reason. She’s a very cool and skilled pilot of fighter spacecraft. And, in the first novel, she fell in love with and married a man with amazing telepathic skills. 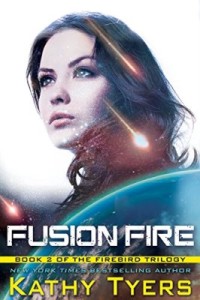 What happens next? In Fusion Fire , Firebird is pregnant with twins. She discovers she has telepathic gifts too–she has an ancestor who was a rogue from the genetically altered telepathic race. But her gift may be more of a curse. Can she use it to save her beloved, or will it tear her apart?

In Crown of Fire, her beloved planet of Netaia invites her to visit. With the queen abdicated, the queen’s heirs dead, and the next-in-line dead, she’s the only member of the royal family left–along with her twin sons.

Some want her to be queen, though many there call her a traitor and want nothing to do with her. Into this stew step the rogue telepathics, who have chosen Netaia as the next world they will conquer. Will Firebird let her pride lead her forward?

These books are worthy sequels to the riveting first book. There’s a strong faith element, along with unforgettable characters. Lots of food for thought and for the soul in these books.

Now I’m looking forward to reading the two sequels that focus on Firebird’s sons, Wind and Shadow, and Daystar.