The Land of Darkness by C.S. Lakin
Published by AMG Publishers, 2011, 313 pages
Genre: Christian allegory, suitable for middle grade and up

C.S. Lakin is writing what she calls fairy tales, but which I would call well-developed allegory, like Pilgrim’s Progress with more description added. At the same time, there are some elements more common to traditional fairy tales, such as talking toads and a witch casting spells.

Callen, a woodworker’s apprentice, finds an amazingly intricate drawing of carvings on a mysterious wooden bridge. He decides to take a little trip to see if he can find out more about the bridge.

Meanwhile, the master of his woodworking shop has a niece who’s in serious trouble. Her father has married a beautiful woman who’s really, Jadiel suspects, a hag who has bewitched him. The evil stepmother and her two daughters make Jadiel’s life fully miserable. Finally the stepmother tries to kill Jadiel, but Jadiel has good advice from a talking toad. When murder fails, the stepmother sends Jadiel on a fool’s errand.

And so Jadiel, age 12, and Callen, age 31, meet up on the road, each on an impossible quest. Where will their adventure lead them? What will they learn?

What did I think?

Lakin does a good job of setting the stage, crafting characters, writing believable scenes, and so on, all the tools of the writer’s craft. What I most enjoyed about this book was the central metaphor of a bridge, the bridge that Callen has gone looking for. What it is and means becomes clear only at the climax of the book, and it’s a beautiful thing, very memorable. I recommend this book.

Micah Taylor’s a driven man, a young software multimillionaire. He’s got a great girlfriend, an 80-hour-a-week job, and opportunity to travel. But something is missing.

He finds out that his great-uncle Archie, who died years before, had set a plan in motion to build him a house, a large beautiful beach-front property–achingly close to the spot where his mother drowned when he was nine years old. The house is ready to go, and a letter arrives at his office telling him about it, including a key. The house is on the Oregon coast, a few hours’ drive from his life in Seattle.

It’s no ordinary house. Doorways and hallways appear, leading to rooms that contain feelings, experiences. These show him that some things have been missing from his life. Does he reach out for the missing things, or does he retreat to the comfort of Seattle? And what does he want the most? He has to figure that out. Who does he look to for guidance? And which woman does he want to spend his life with–the one from Seattle, or the one from Cannon Beach?

I enjoyed this book. The characters are fully rendered and believable. There’s a strong and reassuring faith element. The book skates from the normal into the supernatural and beyond, into parallel universes. But it doesn’t come across as a fantasy tale, because it seems so rooted in the here and now. It’s an inner journey full of consequence. Rubart did a great job. 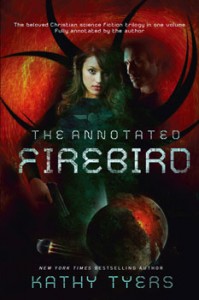 This book, a bestseller that kicked off the genre of Christian science fiction in 1987, has now been published three times, each about 10 years apart. The volume from Marcher Lord Press contains not only Firebird but two sequels.

Well, it’s always best to read a classic if you’ve never read it, so I picked up Firebird and found a heartstopping adventure-romance. It reminded me in some ways of Star Wars, but with a Christian worldview. I only read the first book in the series, but I’m planning to read more. Plainly the tale has an epic sweep to it, reaching down at least a generation as well as across worlds.

Lady Firebird Angelo was born the third daughter of the queen of her world. That sounds like she might have had an easy life. But the warped rules on her planet dictate that she must die as soon as she drops down to fifth in line to the throne. It’s not just those in the royal family; this happens to the heirs of all the major houses on her planet. She’s a “wastling,” born to be wasted. Her time comes, and Firebird, a pilot, is sent on a suicide mission along with other wastlings. But her enemy saves her life. What can she do now?

Her enemy, Brennan Caldwell, is a telepath. Humans have populated the galaxies, but one group took the liberty of altering the genetics of their children, and he’s one of the results. How can he hope to fit in? And what can he do with his attraction to the woman he rescued, who isn’t a telepath?

What do I think? I really enjoyed reading this book. The characters were unusual and compelling, the faith element strong and wonderful, and the plot unpredictable. You’ll like it too, and I expect you’ll dive into the sequels. Which is what I am about to do. Not only are two of the sequels contained in this volume, but Marcher Lord Press has published a third, Wind and Shadow.

But guess what, folks, there’s another book in the series, Daystar, never before published! And that’s just come out from Marcher Lord Press. 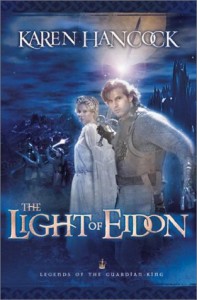 Light of Eidon by Karen Hancock, first in the Legends of the Guardian King series
Published 2003 by Bethany House, 433 pages
Genre: Christian epic fantasy, for young adult and adult

Abramm is calling himself Brother Eldrin, and all he wants is to be left alone by his family. But his family isn’t happy about it, not the least because it’s the royal family, and he’s now second in line to the throne.

Soon Abramm discovers that the holy orders that have been his life for the past eight years are a front for evil people who want to use him as a puppet. When he doesn’t cooperate, he’s sold into slavery. A sniveling weakling, he won’t last long at the oars. Or will he? Does Abramm find enough courage to persevere and even prevail? And how about his twin sister Carissa, trying to find and rescue him? Is there any hope for her quest?

I found this book to be full of great characters, broad conflicts, very evil bad guys, and the light of the Lord (Eidon). It’s a great read for lovers of Christian fantasy. Plus, it’s free as an ebook on Kindle. And it’s the first of a series, so there’s more! 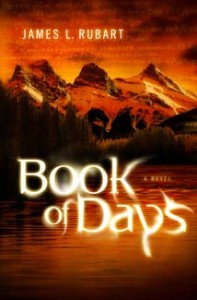 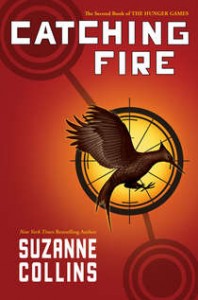 I’ve had a chance now to read Catching Fire and Mockingjay, books 2 and 3 in Suzanne Collins’ Hunger Games trilogy. I am not as taken with them, especially the last one, as I was with the original book. They’re pretty dark.

Your children may have read these books, and if so, there are some good questions you could ask your kids, to help them consider the works from a Christian point of view.

2. Does the Bible give us a sense of hope for our lives? If so, can you find some specific passages about our hope? (Hint: look at the end.) 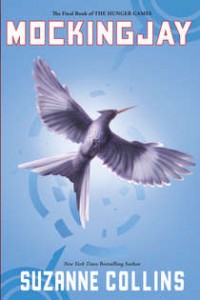 3. How does Katniss deal with adversity in the third book? Is it the same or different from the way Harry Potter or Frodo Baggins (or your favorite hero) deals with adversity? If different, how so? How would you like to see yourself dealing with adversity?

4. Snow, the villain, uses psychological warfare in the final book. Do you think the author should have added this to Snow’s arsenal? Why or why not?