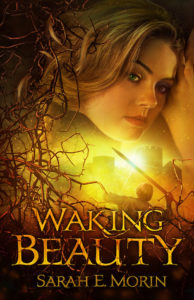 What if Sleeping Beauty refused to wake up? This book plays with that question. It fleshes out Sleeping Beauty as Princess Brierly, dreaming for 100 years, many of the dreams tainted by the presence of the evil fairy who lured her to the spindle.