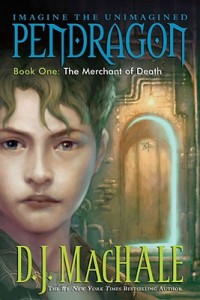 12 thoughts on “Pendragon Series by D.J. MacHale, a Review”