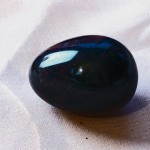 I thought I’d save you readers a bit of work and go through the blog tour posts to date on Bryan Davis’s novel Starlighter, the subject of the CSFF blog tour this week.

I found a variety of opinions, some very favorable, others more reserved. There fun talk from Fred Wilsher about dragons and how writers have written about them, and a fragment of a tale from fellow dragon writer Donita K. Paul about when she and Bryan went to a secular DragonCon.

I found out that Bryan Davis is a former computer guy turned teen dragon writer, and his favorite literary character is Atticus Finch. Now, I’m pretty fond of Atticus too.

So, take a look at the blog posts linked below to see what others have been saying. Note: the tour lasts through tomorrow, so I am missing some.

Brandon Barr
Beckie Burnham “In discussing Starlighter with my husband, we explored the reasons behind what I deemed cons in the book. We came to the conclusion that the audience for which this book was written, young adults, probably would have no trouble with what I found distracting. Youth today often are exposed to fantasy and modern technology in their video games, movies, etc. and would welcome the blending of the two in this novel.”
Jeff Chapman
Jeff Chapman
CSFF Blog Tour
Stacey Dale
D. G. D. Davidson
Jeff Draper
Andrea Graham” The prince in the black egg: his nature is kept, probably deliberately, mysterious for most of the book—a prophecy hints at a sinister intent towards humans early on, but he plays nice guy, (the egg can talk, too) trying to sound like Jesus, but actually reversing the Lord’s teachings subtly. In the end, the author highlights this without being preachy. It does occur to me, were teens as stupid as all the telling early on would suggest, they might miss this subtly and think he’s the wise counselor he wants others to believe he is. I think not, though.”
Tori Greene
Nikole Hahn“It is a book with all of the right elements of a good story, and though it is considered a book for teens, I would recommend it for all ages.”
Julie
Carol Keen “Starlighter is good to read, and leaves you happily waiting for the next book in the series. Many aspects of human frailties and strengths were shown where they were easy to understand, and compared nicely to the traits of the dragons.”
Krystine Kercher “Bryan Davis’s new book, Starlighter, should win some kind of award for most memorable artwork. I’ve had this interesting conversation several times over with teens I know here recently. ‘You have the book with the black dragon’s egg on the front! No fair! That is so waaaaay cool…'”
Leighton “I will tell you that the MAIN reason that I wasn’t to enthusiastic about this book is the ending. The ending not only solved NOTHING, but mixed and matched the wrong people with and separated them without any word as to what became of Adrian!”
Leighton “I had trouble seeing any specific purpose in the plot or anything. There were some ‘Pro-Life’ comments and/or sentiments. That was good.”
Rebecca LuElla Miller
Rebecca LuElla Miller “Betrayal makes for intriguing plot elements. Thinking of Starlighter in particular, I soon found myself questioning who was on the side of right and who the protagonists could actually trust.”
John W. Otte “Davis’s characters were fun, that’s for sure. I liked Koren’s dramatic streak and Jason’s nobility. Tibber the Fibber made me chuckle on more than one occasion. And I especially liked Elyssa.”
John W. Otte “In some ways, the book is an odd blend of fantasy and sci-fi that doesn’t quite mesh well enough and I think that’s why I ultimately had problems really getting into the book.”
Donita K. Paul “I first met Bryan Davis in 2004. We were both braving the very secular DragonCon in Atlanta, Georgia to participate in the teen track.”
Donita K. Paul“I love names. Making up names for my characters is probably the most fun of writing a book. Here are a few names from Starlighter to arouse your curiosity.”
Chawna Schroeder
Rachel Starr Thomson
Rachel Starr Thomson “Starlighter is an engaging story, made especially so by its cast of characters. It’s a clean read, appropriate for any reader who can handle a little (non-gory) violence and scariness. Davis writes with good humour and plenty of heart.”
Steve Trower
Steve Trower “It’s the Top Ten Starlight Songs!”
Fred Warren “As for the dragons, their prophecy of a powerful new prince who will usher in a golden age of prosperity is about to be fulfilled. Unfortunately, that shining utopia has no room for humans.”
Fred Warren Comparing the dragons in this book to a variety of other portrayals. “Davis’ dragons are actually rather human, underneath all those scales, and just as ethically conflicted.” “What is a race of creatures hobbled by limited fine motor skills and lacking any visible industry or manufacturing capability doing with all this advanced tech?” “My inner Frodo is okay with the mystery, but my inner Spock needs it all to add up. There are three installments of the Dragons of Starlight series yet to come, so I’m willing to wait for the explanation.”
Dona Watson
Dona Watson
Phyllis Wheeler
Jill Williamson
Jill Williamson interviewing the author: “You have the chance to spend the day with any character from one of your favorite books (not one you’ve written). Who would you choose and why?” Author: “I would choose Atticus Finch from To Kill a Mockingbird. He is a loving father who displayed the highest moral character in the face of hate-filled opposition. ”
KM Wilsher