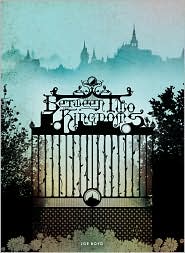 In a mountaintop kingdom, the people are all seven years old. They build tree houses and bask in colors, sights and sounds that are full of life and healing. But their Prince occasionally asks them to make a foray for him, and often with him, into another kingdom in the valley, where life is grim and where the inhabitants mostly do not believe them when they speak of the King. This kingdom is the realm of the dark Prince.

Tommy and Mary are two of the seven-year-olds who go to the darker kingdom as part of an effort to foil the latest plot of the dark Prince: to cover the land in darkness from an enormous furnace, causing the people to forget they ever had any connection to the King. The plot unfolds as Tommy, Mary, and some friends work against the enemy.

This book has plenty of “aha” moments in it as the author illustrates Biblical truths and the reader recognizes them. It has action, too, in the climactic battle. Characters are memorable.