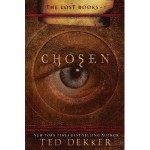 Worldview: Christian. Good vs. evil with a benevolent God.

This story takes place in a world called “Other Earth” on the map supplied. As the story opens, the protagonist Johnis, age 16, joins the armed bands defending his people, the Forest People, from the more numerous Horde who live in the surrounding desert.

Thirteen years before, the earth had been covered with lush colored forests. But somehow Teeleh, a vile creature and enemy of Elyon (the Lord) has destroyed most of the forests, and evil rules the land. Evil is manifested in a scaly disease that overtakes skin and mind. Forest People will be overtaken by the disease if they fail to bathe in Elyon’s special waters every day. The Horde have already been overtaken by the disease.

As the story unfolds, Johnis discovers he has been chosen by Elyon–he bears a certain birthmark. In addition, he can suddenly see the good creatures, white bats, and the evil creatures, black vampire bats, that others in his tribe have lost the ability to see or hear. A white bat gives him a mission: retrieve six magic books. He must do this with three other teens. If he doesn’t, Teeleh will triumph.

Johnis prays for help in his journey and receives it, in the nick of time. He is able to accomplish part of his mission in this book, with the help of the other three teens. The rest is left for further books in the series.

I like this book a lot and will recommend it to my sons. It is a fantasy page-turner with a Christian worldview, just what I am looking for.–Phyllis Wheeler