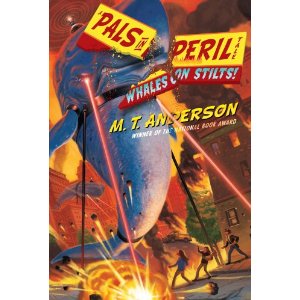 What do I think? I thought this book was very silly and fun, and even had some suspenseful parts. The characters are well-drawn, and I enjoyed that. Jasper, the gadget guy who’s a flop, is particularly funny. The book is not written by a Christian, though. There was just one jab at Christianity in it, which wise parents might want to discuss with their little readers. It’s on page 79, where Katie is about to be left at home alone by parents who clearly aren’t worried about any threats. Katie’s mother says, “I made you some Rice Krispies Treats, and there’s garlic on the door, and you have your crucifix and your ankh, right?”