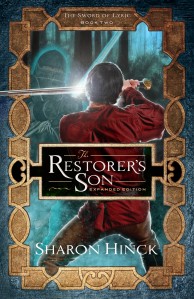 Kieran is angry at everyone. It’s easier to be angry than to have other emotions. A trained warrior, he takes orders from nobody.

This book aims at an amazing transformation in its main character, one you almost never see in fiction. Here’s why: starting the main character out in such a dark place risks losing readers at the beginning of the book. Here it works because this is the second book in a series, building on previous positive and negative information given about Kieran in Book One, where he was a secondary character.

I found this to be a gripping and effective tale, speaking volumes to anyone who has ever wrestled with God.

Read my review of the first book in the series, The Restorer.